Carrier fluids are high performance fluids that improve the transportation of certain materials such as automotive detergent, sand pack, and lubricants. Carrier fluids possess low VOC content and are biodegradable. Additionally, they possess excellent flow ability, low toxicity, and compatibility with other fluid components in comparison to conventional solvents. Other characteristic features of these fluids are low temperature properties, good solvency, and high burn characteristics. These fluids are used in various industries such as automotive, oil & gas, petrochemicals, metal working, and semiconductor. These fluids are widely employed in the semiconductor industry during synthesis of a wide variety of ferrofluids typically required during the manufacture of computers, tablets, and wafers. Carrier fluids are used in oil drilling operations, particularly during the installation of gravel pack and shale gas production. They are further used in automotive during engine oil filling operation.

Based on type, the global carrier fluids market can be divided into oil type, synthetic, and water. Water based carrier fluids are widely employed in the transportation of highly viscous fluids, while oil based are employed for water sensitive formulations. Demand for water based carrier fluids is expected to rise significantly during the forecast period, as they are cost effective and biodegradable. Based on formulation, the market can be segmented into various types such as mineral oil, polyglycol, fatty acids, diesters, and phthalate esters. Polyglycol type of carrier fluids have high water absorption capacity; however, these have poor viscosity, lubricity, wettability, and corrosion protection. Mineral oil based carrier fluids are available in low or high range of viscosities and have better properties than polyglycol. Diester and phthalate are popular types of carrier fluids available in the market. Demand for diester and phthalate is anticipated to rise significantly in the near future due to their characteristic features such as eco-friendliness, good solvency, and low ecotoxicity.

Rise in stringent regulations on certain solvents due to the risk of high VOC emission and environmentally sustainable benefits of carrier fluids are the primary factors driving the market. Apart from benefits associated with carrier fluids, growth in automotive and electronic industries and constant research activities in the oil & gas industry are the other factors responsible for the market growth. Fluctuation in raw material prices and maintenance of rheological characteristics of carrier fluids are few of the challenges for manufacturers. However, continuous efforts toward development of varied formulations of carrier fluids with improved features and performance may create opportunities for manufacturers.

Geographically, the global market for carrier fluids can be segregated into Asia Pacific, Europe, North America, Latin America, and Middle East & Africa. In terms of consumption, North America is the leading region due to the rise in oil & gas exploration activities such as deep water exploration for oil drilling. In Asia Pacific, countries such as India, China, and Japan are experiencing swift growth due to the expansion in automotive and electronic industries. For instance, China has become the hub of semiconductor production since the last few years. Strong government initiatives led to high tech research & development in the field of high quality wafers. This further resulted in an increase in investment in integrated circuits from 40% to 70%. Furthermore, strong FDI investment in India, typically in the electronic industry, and rising consumer awareness are also encouraging manufacturers to opt for quality products. Companies are following the strategy of merger & acquisition for producing innovative products. These factors are driving the market for carrier fluids in Asia Pacific. Growth of the market in Europe is expected remain stable due to revival in economy of the region. The market in Middle East & Africa and Latin America is expected to expand moderately due to the rise in investment by various automotive and electronic manufacturers in these regions. 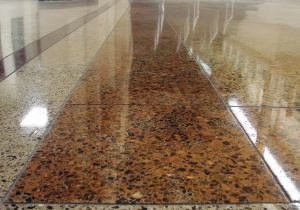 Decorative Concrete Market New Tech Developments and advancements to watch out for 2025!!