Indium oxide also known as indium sesquioxide is a yellow colored ceramic like material which is insoluble in water. It is an n-type semiconductor and is therefore used as a resistive element in integrated circuits. Indium oxide can be doped with tin dioxide to form indium tin oxide which is used in display technologies such as OLED, plasma electroluminescent, electrochromatic display and LCD. It is used as an antistatic indium oxide coating, in photovoltaic solar cells, aircraft windshields, EMI shielding and nanowires. Indium oxide finds several applications in the electronics industry owing to its semiconductor characteristics.

Indium oxide has excellent optical and antistatic properties. It is used as a substitute of mercury in batteries. Additionally, it forms a transparent conducting ceramic in combination with tin oxide, which is used in the micro electronics industry to form capacitors, resistors and other components. Furthermore, indium oxide is used to form thin film infra-red reflectors. The dark yellow pigment imparted by indium oxide enables the formation of histological stain formulations, in order to study biological samples under microscopes. The nanowires composed out of this chemical are used as redox protein sensors, owing to which they find application in biotechnological studies and biomedical devices.

Furthermore, indium oxide is used in solar cells due to which it finds application in renewable power generation sources. It can be doped with several materials such as silicon and gallium to form hetero-junctions thereby imparting electrical conductivity to them.

The growing demand for semiconductors from the electronics industry has been propelling the indium oxide market. Nanowires, batteries, electrically charged nanoparticles, optical and anti static coatings among others are extensively used in the electronics industry. Furthermore, electrically charged ceramics find application in electronic parts required in aircrafts and sub marines which have to withstand extreme pressure and temperature conditions. However, the inhalation of indium oxide causes nasal irritation, skin and lung infections owing to which its use is highly regulated in countries such as the U.S and Western Europe. The growing GDP of emerging economies such as China and India is expected to open new avenues of opportunity for the indium oxide market. 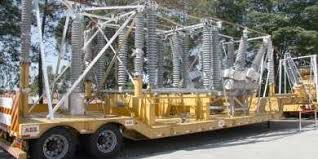 Which Factors are Driving the Nanochemicals Market ? Who are the Key Players?