According to a recently published research, artificial intelligence is increasingly finding use across many industries, even food production. The study is published in the International Journal of Society Systems Science.

With the growing world population, which is projected to be almost ten billion by 2050, there is a dire need to develop agricultural practices that are sustainable in the long run. And, to develop practices that ensure food security at much higher level than attempted any time in the past, say the team of researchers at Florida Institute of Technology. In such impending scenarios, rapid development of technologies such as AI might only serve the needs.

Currently, with the world population at around 7.8 billion in 2021, at least a billion people suffer from chronic hunger and malnutrition. Inefficient food production and distribution systems, undeveloped agricultural land are some reasons for such crisis, says the team. Therefore, this now requires a process improvement initiative, and also to develop a contingency plan for the expanding population.

“In fact, the new technologies are creating the need for new awareness programs and new educational programs to inform and train farmers of their existence and usefulness, added the team. To make this happen, agricultural students and agriculturists need to be trained about computer science, robotics, cybersecurity, engineering, information security, and other tools that will be needed on farms of the future.

Furthermore, avant-garde technologies need to be brought in use in parts of the world where food security is not guaranteed and people are hunger in a recurring manner.

Thus, this would require apportioning of humanitarian aid and hunger aid to make them available in developing and underserved countries. Such pursuits would help them advance food security and present a solution for this global problem.

Refurbished Computers and Laptops Market: An Insight On the Important Factors and Trends Influencing the Industry 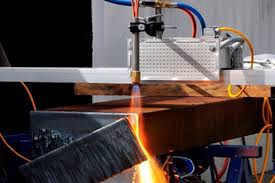