The details of the study appeared in July 5 edition of Frontiers in Marine Science. The study describes tracking whales using optic fiber and an approach called Distributed Acoustic Sensing.

In fact, speed of sound is five times more in the ocean than in air, stated the first author of the study. Whales are highly vocal, and thus acoustic monitoring is very effective to assess their location and where they are headed.

This information if handed to conservationists and decision makers could make a significant impact. Meanwhile, almost 50% of great whale species are labelled as endangered. The species faces challenges of warming oceans and growing human maritime activities that affect their environment negatively and their ability to communicate.

The team will now advance distributed acoustic sensing research in two main areas: Artificial intelligence software to filter the massive DAS acoustic output, and quality assessment of audio signals received, which can add up to several terabytes of daily data.

Meanwhile, traditional acoustic methods for whale monitoring involves deployment of an array of hydrophones to identify sound waves in a specific area. Due to the comparatively high costs, acoustic data of whales remains sparse and oceans unevenly sampled.

With the use of fiber optics, scientists can have access to large number of sensors over longer distances, thereby enabling them monitor whales better in real time.

The technology behind DAS is completely different than the one used to directly monitor sound waves using an underwater microphone. 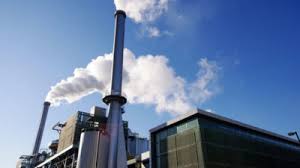