A recent visit of President Donald Trump to France on the hundredth anniversary of the end of World War I turned out foul, as controversy reigned, pointing at the brittle relationship between European countries and President Trump.

Within 48 hours of his stay in Paris, Trump criticized French President Emmanuel Macron on social media platform, Twitter. This sparked rage, as users from all around the country exhibited their condemnation on the platform. Trump gained more rebuke when he cancelled his visit to cemetery to pay respect to the fallen American soldiers. White House’s decision to scrap of the cemetery visit due to bad weather is creating a storm of its own. His nationalist agenda was pummeled down by people who were thinly veiled.

The weekend noticed at significant change in the relationship between Macron and Trump. Earlier in the years, Macro met Trump in the White House, where they both spoke highly of each other, underscoring a diplomatic relationship. However, recent visit by Trump clearly displayed the level of isolation that Trump has undergone in comparison to previous U.S partners on the world stage.

As soon as Trump landed in Paris, he sharply lashed Macron for his views on European security cooperation, giving a clear indication of tough trip ahead. Trump’s tweet lashing Macron was in response to the comment that Macron made on speaking to famous radio interview, where he said clearly that European countries need to fight against cyberattacks from US, China, and Russia. 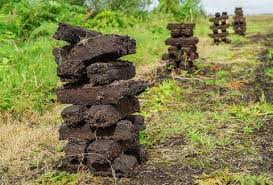