Rise in Demand for Smart Devices

Increasing adoption of smartphones and PC/laptops due to the requirement of faster speed and all on a single chip, is witnessing noteworthy growth around the globe. The global system-on-chip market is showing significant growth due to its rising adoption in the consumer electronics and telecommunication industry. The rising demand and adoption of advance technologies to obtain faster response and lower power consumption in compact devices are estimated to contribute to the growth of the system-on-chip market in the coming years. Key players in the market are continuously enhancing their research and development expertise to design advanced system-on-chip required in various applications such as smartphones, PC/laptops, networking devices, game consoles, digital cameras, and others. Also its usage in end use industries such as consumer electronics, telecommunication, healthcare, automotive, aerospace and defense, industrial and others, have influenced the growth of the system-on-chip market.

System-on-chip Market: Scope of the Report 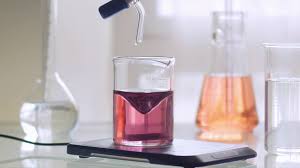