Following innovation enables solar boards to follow the development of sun and improve its yield productivity by 20% to 40% when contrasted with a fixed solar PV exhibit. Level board photovoltaic (PV), Concentrated Photovoltaic (CPV) and Concentrated Solar Thermal (CSP) are a portion of the key advances in the solar tracker market. Solar trackers have interesting functionalities in every application, for example, limiting the edge of occurrence between the photovoltaic board and approaching daylight in PV applications and situating the optics in CPV and CSP frameworks. By and by, CPV is one of the developing innovations in the solar vitality industry because of the advantages it offers. Low assembling expense of CPV innovation helps with producing vitality at low expenses. Around 85% to 90% solar boards can be reused because of utilization of glass and aluminum as crude materials.

Is something restraining your company’s growth in the Solar Trackers Market? Ask for the report brochure here

Europe has high DNI (Direct normal irradiance 5.5kWh/m2) due to which solar trackers are one of the preferred renewable technologies used for energy generation. Dual axis solar trackers applications are expected to increase in CSP and CPV plants. Single axis is preferred in utility scale projects due to low installation cost and high efficiency. Single axis tracker systems accounted for more than 85% market share in 2010, compared to dual axis solar trackers. Reduction of few FIT rates and incentive schemes hindered the non-utility market in North America. This was compensated with a provision of government stimulus for the development of large solar tracker installations in the U.S. and Canada. The shifting focus towards utility scale projects is likely to fuel the market. Increased and upcoming CSP installations wherein dual axis trackers are widely preferred are expected to bolster the dual axis trackers market over the forecast period. 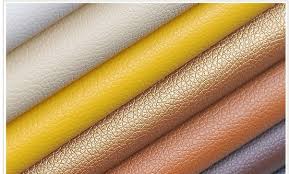