In many settings, including healthcare ones, researchers have noticed a shift from the use of paper towels to jet dryers for hand drying. Sheer convenience may be the driver for this. But in healthcare settings, the shift may increase the risk of transmission of residual microbial contamination. Transfer of microbial contamination from the hands and body of people using public washrooms has been a significant concern. In hospitals, healthcare organizations, such as the WHO, have been recommending the use of paper towels to reduce the transmission of opportune transmission. The risk is much higher if the people did not wash their hands adequately. Researchers from University of Leeds, U.K, and Leeds Teaching Hospitals NHS Trust decided to probe this deeper.

The research included volunteers who simulated microbial contamination using bacteriophage to contaminate their hands. The volunteers didn’t wash their hands properly to let some residual microbes were present. The study involved them to use paper towels and subsequently jet dryers in hospital public toilets. They had worn aprons. This enabled the investigators to measure body/clothing contamination when they dried their hands. Samples were mainly from public and ward areas.

They concluded that microbes were transferred not just from hands but also from aprons of the healthcare staff while hand drying using jet driers. The results of the study bear special significance to hospitals, since toilets are used by patients, their caregivers, as well as sometimes by the healthcare staff and clinicians. Thus, the researchers opined that paper towels should be preferred method of drying hands in all healthcare settings after adequate drying. 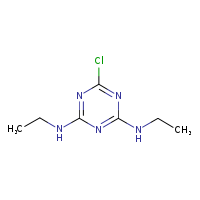