Utilizing extensive research methods, analysts at Transparency Market Research (TMR) has prepared a report on the Europe reverse flame steam boiler market for the forecast period of 2017 to 2025. TMR analysts project the market to expand at 4.85% CAGR during the assessment period.The Europereverse flame steam boiler marketis likely to be worth US$142.18 mn by 2025-end.

From the geographical standpoint, the Europe reverse flame steam boiler market is divided into the U.K., Spain, Germany, Italy, France, and the Rest of Europe. The regional segment of Rest of Europe accounted for around 27.60% of the market share in 2016, while the other above-mentioned countries dominated the market. The U.K., Spain, Germany,Italy,and France are likely to continue with the dominance over the forecast period.

High demand for biomass has propelled the Italy reverse flame steam boiler market to prominence, and the country is likely to retain its lead in the forthcoming years.

Reduced Carbon Emissions by these Boilers to Accelerate their Demand

Reverse flame steam boilers are highly energy-efficient and can cater well with the immediate demands for steam generation, thanks to the horizontal design and much bigger area for water evaporation. These boilers are suitable to be used with both liquid and gaseous fuels with hassle-free access to smoke tube and furnace.

Furthermore, low carbon footprint generated by reverse flame steam boilers has garnered attention of the organizations that aspire to be environmental-friendly and comply with regulations.

On the other hand, economic crisis of Europe that left Greece bankrupt and Portugal apply for a bailout program has resulted in the fluctuation of the price of natural gas. This has hurt investors’ sentiments. Fluctuating price of natural gas is likely to hinder the growth of Europe reverse flame steam boiler market. 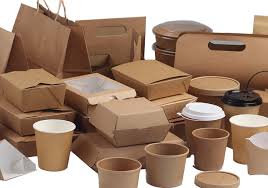