Owing to its environment-friendliness, it comes as no surprise that hydrogen is regarded as the fuel of the future. In fact, the first hydrogen-fueled cars are already on the roads in Germany. However, when it comes to e-scooters, installation of a tank to store hydrogen that can withstand high pressure is impractical.

Thus, to enable hydrogen-powered e-scooters, POWERPASTE is an alternative. It provides a safe way to store hydrogen in a chemical form that is easy to transport and replenish, and does not require an expensive network of filling stations. Composition-wise, the POWERPASE is based on magnesium hydride. It is developed by a team of researchers at the Fraunhofer Institute for Manufacturing Technology and Advanced Materials, Dresden.

Meanwhile, diesel and gasoline engines that are powered by fossil fuels, will soon take a backseat due to climate change. For such reasons, new propulsion technology will be required. And, hydrogen is one such fuel with a big potential. When it comes to pressure withstanding capacity, hydrogen-powered vehicles equipped with a reinforced tank can withstand pressure of 700 bar.

In terms of functionality, the hydrogen-powered tank powers a fuel cell, which converts hydrogen into electric energy. This electric energy drives an electric motor to propel the vehicle.

On the other hand, for passenger cars, the technology is well advanced. This is evident from several hundred hydrogen-fueled automobiles that are already on the roads in Germany. Furthermore, the network of hydrogen stations in Germany is predicted to expand from 100 to 400 over the next three years. However, for small vehicles such as motorcycles and electric scooters, hydrogen is currently not an option. This is because the surge in pressure during refilling of vehicles would be too high. 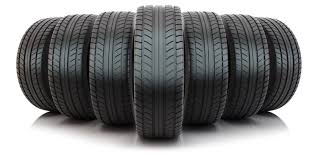