A new process in the making pins hope to emerge as a practical one to make acetic acid. Employing the method, Rice University engineers are converting carbon monoxide directly into acetic acid. The process involves use of a continuous catalytic reactor that can efficiently use renewable energy to form a highly purified product.

The electrochemical process developed by the labs of biomolecular and chemical engineers at the Brown of Engineering, Rice University resolves issues with previous attempts to convert carbon monoxide into acetic acid. The drawback of the previous process required additional steps to purify the product.

On the other hand, the environmentally friendly reactor for the new approach employs nanoscale cubes of copper as the primary catalyst in combination with a unique solid-state electrolyte.

In an attempt of to use the new reactor for continuously 150 hours, it produced a solution that constituted up to 2% acetic acid in water. The acetic acid component of the solution was up to 98% pure, much better than that produced via earlier attempts to stimulate carbon monoxide into liquid fuel.

The details of the process are published in the Proceedings of the National Academy of Sciences.

The acetic acid produced finds several uses. Vinegar and some other foods, antiseptic in medical applications, solvent for paint and coatings, inks, production of vinyl acetate, and antecedent to common white glue are some uses of acetic acid produced.

In fact, the process developed at Rice University is based on Wang’s lab reactor to generate formic acid from carbon dioxide. That research served to establish an important milestone for one of the engineers behind the process to be recently named Packard Fellow. 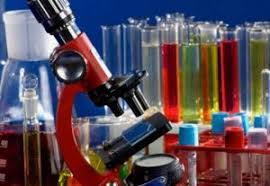