Purging compounds are gaining increased significance for maintaining the operational efficiency of modern thermoplastic processors.  These cleaning compounds, containing a base resin along with other additives, have a variety of applications in polymer processing and are found to be suitable for a variety of screw and barrel assemblies, extruder die sets, and tooling. The application of purging compounds has been found to be useful in removing the carbon buildup in assemblies, reducing machine down-time, and improving the processing efficiency. In addition, their uses have been found to be instrumental in decreasing scrap rates caused by color and polymer changes. These all factors play a crucial role in enhancing process efficiencies and optimizing the entire manufacturing processes associated with thermoplastics.

Compared to traditional processes consisting of the use of regrind or virgin resin, purging compounds facilitate the removal of carbon and color deposits in the final products.  This leads to fewer rejects and eliminates material waste to a large extent. In addition, the use compounds also prevents screw-pulls. Furthermore, this helps to keep injection molding machines in good condition, thereby decreasing machine overhaul time. The choice of an effective purging compound depends on the specific type of raw materials to be purged off. Polyolefins, high temperature resins, and engineered resins are some of the key polymers that need to be purged off.  The demand for improving production efficiencies and reducing cost is a key factor boosting the adoption of purging compounds in the plastics industry.

Purging compounds are chemical cleaning compounds that contain certain resins and additives in their formulation. They are widely used with various polyolefins such as thermoplastic olefin (TPO), polypropylene (PP), and polyethylene (PE); high temperature resins such as polysulfones (PSU) and polyether ether ketone (PEEK); and engineered resins such as high impact poly styrene (HIPS) and polyamide (PA). Purging compounds are extensively employed to clean extruder lines and molder machines. Furthermore, these compounds are used to clean palletizing units in various chemical operations. They are also employed to clean carbon deposit and to bring about color and material changes. Purging compounds help clear machines in quicker time. They are also more efficient compared to traditional cleaning methods such as purging with regrind. Benefits of using purging compounds include less scrap, reduced downtime, low production cost, and less material waste.

The global purging compound market can be segregated in terms of product and process. In terms of product, the market can be categorized into mechanical purging, chemical purging or foaming purging, and liquid purging. Mechanical purging compounds generally contain high-viscosity polymers and are used to eliminate scrap materials from screws, dies, and barrels. They do not require any residence time and neither aid in chemical reactions. Chemical purging compounds contain ammonia and other foaming agents that need residence time of 15 minutes to 30 minutes. These compounds facilitate chemical reactions and eliminate residue by reducing viscosity and molecular weight of the scrap material. They are used typically in low pressure areas. Chemical purging is the leading product segment of the purging compounds market, followed by mechanical and liquid purging. Growth of the chemical purging segment can be ascribed to its features such as high moldability rate. Based on process, the market can be split into extrusion, blow molding, and injection molding. Demand for purging compounds in the injection molding process is expected to rise significantly during the forecast period. Injection molding process is one of most popular processes for producing plastic parts. It involves many machine tools and configurations that need continuous scrap removal and carbon cleaning. Adoption of injection molding in the extrusion process is anticipated to increase, as it offers certain benefits such as fast contaminant removal.

Rapid growth in the chemical industry coupled with increasing demand for cost effective scrap removal solutions from equipment to control corrosion and carbon deposition are driving the purging compound market. Furthermore, increase in mergers and acquisitions to enhance product offerings is another factor positively influencing the market. For instance, Chem-Trend L.P, a leading manufacturer of purging compounds, acquired Moulds Plus International’s business ‘Ultra Purge’ in 2016 to broaden its thermoplastic processing portfolio. Volatility in raw material prices due to variations in crude oil prices may hamper market growth. There exists intense competition in the purging compound market. Manufacturers are focusing towards improvement and development of innovative product as per consumer requirement. All these factors are responsible for market’s growth 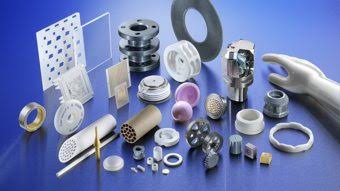