Propanil is a chemical known for its use as herbicide, primarily on paddy crop. Propanil is a contact herbicide which is usually applied to the foliage and plant parts above the ground. Propanil also acts as a selective herbicide, which cause no damage to rice, but might damage other plants or crops. It is a compound which helps to inhibit and neutralize the growth of unwanted weed in paddy fields. The main application for propanil is as herbicide, where it competes with chemicals such as butachlor, thiobencarb and 2,4-D among others. It is generally applied in the form of an aqueous spray or suspension. Propanil functions by inhibiting the growth of weeds, which hamper the quality of rice crop. Propanil acts by building up a toxic substance inside the weeds, which eventually kills the plant.

Herbicides are in high demand in the agriculture sector, as it is essential to protect crops from fungal infections, which often weaken and stunt the growth of crops. Application of herbicides of crops ensures higher yield by neutralizing the threat posed by growth of weeds. Propanil market is a subset of herbicide market and its growth dynamics are related to the growth of herbicides market. The primary driver of the herbicide market is the demand for higher food production amidst growing global population and diversified food preferences.

The main crop types which account for the majority of propanil use is paddy. Rice crop has experienced high demand growth with increasing population especially in Asia Pacific region and Sub-Saharan Africa. In order to comply with the high demand, farmers across the world have adopted various methods to increase yield and profitability. Higher use of propanil is one of the many measures undertaken to improve food quality and yield.

Although herbicides are extremely important for the growth of healthy plant, it has certain restraints. Propanil being a selective herbicide, is safe to use in paddy. However in some cases it might destroy paddy as well. Propanil is moderately toxic in nature, however the extent of precaution required to prevent environmental toxification is yet to be determined. Prolonged dermal exposure leads to skin irritation. However, the toxicity of propanil is lower than most of its counterparts, which provides an incentive to growth for the chemical. Propanils growth is restricted to use in paddy fields and are not useful for other crops.

The demand for propanil base herbicide is highest in Asia Pacific region followed by Latin America, Africa, North America and Europe. The market is also expected to exhibit highest growth from Asia Pacific and Latin America regions in the near future owing to increased investment in agriculture and high demand for rice in this region. Rice being one of the main staple food across the world, generates high demand for propanil herbicide.

The top countries by rice produce are China, India, Bangladesh, Vietnam, Thailand, Myanmar, Brazil and Japan. China is the largest manufacturer of propanil herbicide. Almost 75% of China’s produce are exported. High capacity addition is prevalent in China on the back of rising overseas demand for the chemical.

Some of the major companies operating in the propanil market are Bayer CropScience, SinoHarvest, Kenvos Biotech Co. Ltd., Willwood USA, and Westrade Guatemala S.A. among many others.

Artificial Intelligence Is Shaping The Farms of The Future 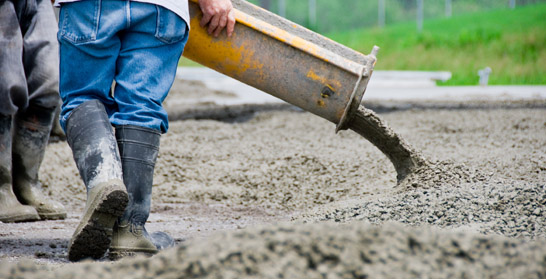