The transportation industry is undergoing significant transformation and people are adopting online booking applications in order to book a mode or means of transportation. Rising traffic congestion and high fuel cost are key factors driving the adoption of on-demand transportation services. Adoption of smartphone-based internet services is rising among consumers, primarily due to the increased usage of smartphones, ease of operating the app, faster internet connectivity, and presence of globally leading and local service providers coupled with lower charges of services. High cost of vehicle ownership is encouraging people to prefer on-demand transportation services owing to their cost effectiveness and availability as per the requirement. Furthermore, on-demand transportation is an effective solution for the rising traffic congestion, as higher vehicle ownership is likely to boost the number of vehicles on road.

Based on business model, the P2P segment is a well-established segment and is expanding at a significant rate owing to the cost-effectiveness of the journey. Moreover, the expansion of the P2P segment can be a solution to reduce emission from vehicles, owing to sharing of the vehicle by multiple travelers on the same route. Furthermore, software solution providers or platform providing companies are increasing their own fleet size in order to boost revenue, which in turn is driving the B2C segment.

Autonomous technologies have proven to be highly effective in reducing the number of accidents occurring due to driver errors. Consequently, regulatory bodies across several nations are mandating several ADAS (advance driver assistance system) technologies into vehicles. ADAS technologies, such as lane keep assists, brake assist technology, and adaptive cruise control, drive the vehicle automatically; consequently, consumers are preferring such semi-autonomous vehicles owing to rising concern for safety among society. Consumer demand for increased in-vehicle safety, incorporation of ADAS technologies at manufacturers end, and regulations implemented by governing bodies are fueling the demand for semi-autonomous vehicles across the globe. Market for electric vehicles, also considered as zero- or low-emission vehicles, is rising across the globe primarily due to the considerably lower operating cost as compared to that of conventional vehicles, heavy discounts and incentives offered by governing bodies, announcements to implement a ban over the use of fuel powered vehicles, and availability of electric vehicle manufacturers.

Demand for on-demand transportation services is rising considerably across countries that have lower number of vehicles per capita and lack of proper public transportation facilities.

China and India are countries with large population and low motorization rate, thus people are moving toward alternative modes of transportation. Rising urbanization is fueling the demand for the on-demand transportation services in developing countries, owing to rising awareness among passengers, better internet connectivity, and increasing smartphone usage. Increased road traffic congestion, implementation of stringent emission norms from governing bodies in order to curb pollution level, and rise in working class population heading to workplaces and homes are fueling the demand for on-demand transportation services across the globe. 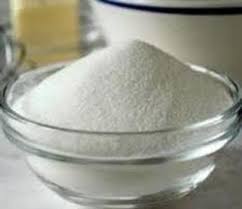