Oilfield stimulation chemicals include an extensive range of specialty chemicals intended to augment and support the stimulation process. Stimulation treatments are carried out in order to restore or improve the productivity of a well. Improvement in the productivity of the new flow channels results in better recovery of oil and gas from the targeted formation. Products such as acids and biocides are used to control the bacteria present in the fracturing fluid at the surface. Corrosion inhibitors are frequently required in highly acidic and saline environments in order to protect the metal equipment. Friction pressure is a concern during the pumping process. It can be efficiently controlled by employing friction inhibitors. The viscosity of fluids can be controlled by using gelling agents.

Of late, the oil & gas industry has witnessed a decline in terms of production due to the low pricing. Surfactants are used in oilfield chemicals for lubrication. They are also employed as corrosion inhibitors, wetting agents, dispersants, foam control agents, and biocides. Contraction in the oil & gas industry is projected to adversely affect the demand for oilfield stimulation chemicals in the near future. This is anticipated to restrain the oilfield stimulation chemicals market during the forecast period.

The acid treatment is given to the reservoir in order to stimulate sandstone and carbonate wells.. This acid treatment creates long channels that enter the formation and permit oil & gas to transfer. Hydrochloric Acid is frequently used for acid treatment; however, substitute acids are also used for matrix acidizing. Biocides are employed to regulate the growth of several types of bacteria. Controlling the development of sulfate reducing bacteria (SRB) is acute for reducing the formation of hydrogen sulfide. Furthermore, non-oxidizing organic biocides are less prone to corrosion than oxidizing biocides.

Corrosion inhibitors are recommended to be used in acid treatments such as acid fracturing, matrix acidizing, and sand control treatments. However, the use of extremely acidic fluids leads to severe corrosion. Acidizing corrosion inhibitors are able to lessen corrosion in low and high chrome steels and carbon alloy steels. Acidizing corrosion inhibitors are stable under high reservoir temperatures and in high acid concentrations. Friction reducers are added in order to reduce pipe friction, which in turn allows higher injection rates. Gelling agents/viscosifiers ensure the precise settlement of proppants in hydraulic fracturing. They generate better rheology for matrix stimulations when used in combination with other acids. The hydraulic fracturing segment accounted for major share of the oilfield stimulation chemicals market in 2016. 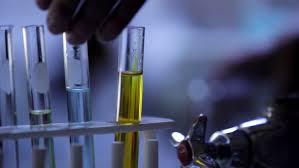