Bioplastics have emerged as a viable option in the making of single-use products such as packaging materials, disposable cups, and similar items. Bioplastics are compostable and biodegradable over periods of up to several months. Now, in a ground-breaking research, scientists from the University of Bath and University of Birmingham have developed a more efficient way to recycle plastics.

Whilst bioplastics biodegrade quite fast, but still account for occupying space in landfills. And, amount to not very efficient use of materials and energy. The items manufactured are used only for a couple of seconds, and then discarded. Following this, a huge truck has to be arranged, get the discarded items picked, and transport them to the landfill where they stay for several months. Nonetheless, bioplastics are better than old-fashioned plastics that take decades or even hundreds of years to decompose.

To address this, scientists have developed a novel chemical process, which uses zinc-based catalyst and methanol for quicker breaking down of consumer bioplastics. This implies this garbage will not amount to occupying much space in landfills. Besides this, the process results in release of a biodegradable solvent, called methyl acetate, which can be used in a number of industries including pharmaceuticals and cosmetics.

Meanwhile, polylactic acid is a popular choice of plastic. It finds use in the making a wide variety of single-use products, as well as children’s toys and 3D printing.

To establish the method, scientists tested it with all major polylactic acid products – a children’s toy, a disposable cup, and some 3D printer waste. What scientists observed, the cup could be easily converted even at low temperatures as it is very thin. While, children’s toys required bit harder temperatures to convert as they are bit harder. 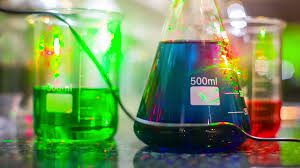