Owing to physiological capabilities, which enables whole-system modeling, brains of animals and other humans often practice feedforward control. Conversely, for machines, such modeling is computationally difficult.

Meanwhile, feedforward mechanisms employed to control machines are much more accurate than feedback mechanisms, with the former being computationally hard. To address this, a new method devised is an improvisation of conventional techniques and is planned to be tried out on machine vision and industrial robots.

The ‘feedback’ is familiar to most people, wherein a machine such as a thermostat repairs itself after witnessing an error in performance. For example, if the thermostat observes temperature exceeding above a set point, the central heating system is turned off.

Nonetheless, feedback systems can be a raw mechanisms of control. For example, if the upper limit of temperature is set too high, then room temperature can begin to feel intolerablejust before heating turns off.

Alternately, if the preferred range of temperature is set very closely, perhaps with a difference of just few degrees, the heating system will constantly turn on and off as it fluctuates in and out of set temperature range, resulting in higher wear and tear.

On the other hand, feedforward control systems are less well known among people. Nonetheless, they overcome the failings of feedback mechanisms. They do so by measuring changes in the overall system in which a given machine is operating, and instructs the machine to include these changes into account before it results into an undesired impact. 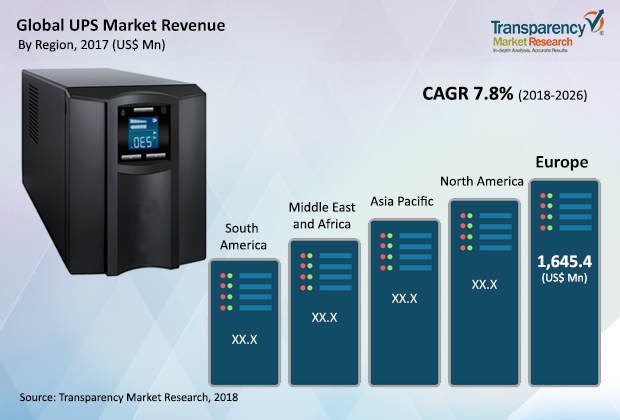 UPS Market Poised for an Explosive Growth in the Near Future