Motor control and monitoring systems, also called intelligent control devices, enable remote starting, controlling, stopping, and monitoring of motors through a motor control module. Such a technology allows for real-time online monitoring of various motor parameters such as voltage, current, temperature, and speed. This data can be collected over a period of time and stored in a database for long-term analysis. The system primarily consists of a software application and associated hardware units. Providers of the system try to improve the product by increasing the functionality of the software application, while simultaneously minimizing the hardware units.

Based on the type of motor, the motor control and monitoring systems market can be bifurcated into AC motor and DC motor. Currently, AC motors are highly prevalent; however, the use of DC motors is also increasing at a rapid pace. The market can also be segmented based on technology employed for communicating the data. The most commonly used technology is wireless, followed by SMS (short messaging service). The data can be read on several types of devices, ranging from desktop computers and laptops to smartphones and tablets, using the applications provided by the manufacturers of such systems. These applications are also used to send commands to control and monitor the motors.

Electric motors are responsible for the consumption of nearly 50% of electricity in the world. However, the cost of producing electricity is increasing steadily. This has compelled the industry to focus on replacing the inefficient constant-speed motors. The new, variable-speed and microprocessor-based technology for motors not only helps reduce energy consumption, but can also be remotely controlled. Another advantage of the variable speed feature is that a motor can be used across a wide range of applications. Given these advantages over the older technology, the electric motors segment is also witnessing transformation. Overall, the requirement of higher efficiency, cross-sector usage, and reduced consumption of electricity are the factors driving the motor control and monitoring systems market. However, protection accorded to the motors is the most important factor boosting the motor control and monitoring systems market. This aspect is especially crucial in the industrial field, which is a large market for these systems. The intelligent motor control technology is able to diagnose problems early and pin-point accurately where they might occur. This allows for proactive maintenance and significant reduction in production losses.

Motor control and monitoring system is a relatively new technology. Its usage is increasing at a faster rate. Currently, the technology is highly prominent in developed countries in North America and Europe. This is closely followed by Asia Pacific, especially China. Installation of these systems is likely to be higher in Latin America than in Middle East & Africa. In Middle East and Africa, the Middle East and GCC are expected to account for higher share of the systems as compared to Africa. The market in Asia Pacific is estimated to expand at a faster pace, led by high investment in the industrial sector. Asia Pacific is projected to be closely followed by North America and Europe, due to the increased ability to invest in the technology in these regions. The initial investment required in motor control and monitoring systems is higher than that in conventional technology. This can be expected to adversely affect the growth rate of the market in Middle East & Africa and Latin America. However, the overall global growth rate is anticipated to be high despite the high initial investment, as the systems are expected to provide a higher return on investment over a long-term period.

Limited number of players operate in the motor control and monitoring systems market, since it is a new technology and requires high level of expertise. Some of the large players include Siemens AG, Rockwell Automation Inc, Eaton Corporation Plc, Schneider Electric SE, and Texas Instruments Inc. 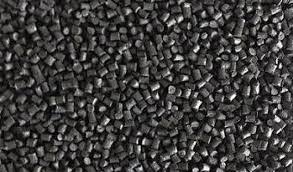 Polyphthalamide Market is Expected to be Worth US$ 2.5 Bn by 2027