Demand for electricity has been increasing exponentially across the globe since the last few decades. According to the International Energy Outlook 2016, the net electricity generation stood at 21.6 trillion kWh across the globe in 2012 and is projected to reach 25.8 trillion kWh in 2020. It is further projected to reach 36.5 trillion kWh in 2040 due to the changes in power systems (from small and isolated to integrated national and international systems).

Design, construction, and operation regulations are same as that for the large nuclear reactors which involves additional costs for compliance and restrain the growth of the market, especially in North America and Europe. Several companies are investing significantly in research and development of micro-nuclear reactors that comply with the regional and international licensing regulations. Nuclear power generation plants are sometimes built in the close vicinity of public settlements. This makes the public apprehensive about the ill-effects of nuclear waste, thereby hampering the market growth.

In terms of geography, the micro-nuclear reactors market can be segmented into North America, Latin America, Europe, Asia Pacific, and Middle East & Africa. Rise in industrialization and rapid growth in economies in Asia Pacific are projected to drive the demand for micro-nuclear reactors. Increase in need to lower greenhouse gas emissions, shortage of coal supply, and less electricity distribution in remote regions are estimated to augment the market in Asia Pacific. North America and Europe account for large share of the global micro-nuclear reactors market, led by the presence of key chemical companies in these regions and increase in private investments and government funded nuclear projects. 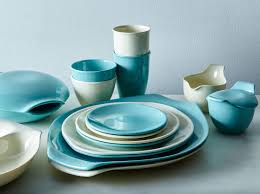 Global Melamine Market to Expand with Significant CAGR by 2025