The global GMO crops and seeds market displays a highly fragmented vendor landscape with a wide range of medium and large scale companies trying to expand their revenue share, reports Transparency Market Research (TMR). Some of the major players in the market include Syngenta AG, KWS SAAT SE, Bayer Crop Science India Ltd, Land O’ Lakes Inc., and Land O’ Lakes Inc. These companies are engaging in research and developments activities and leveraging technology to expand their frontiers globally. Moreover, they are emphasizing on increasing their production in order to expand their frontiers in the GMO crops and seeds market.

As per expert analysts, the global GMO crops and seeds market is prophesized to grow moderately from 2017 to 2022. The market is expected to value at US$36,653.2 by the end of the forecast period growing at a CAGR of 8.3%.

The global GMO crops and seeds market is segmented based on crop type, trait, sales channel, and region. In terms of crop type, the segment of corn is expected to lead the market during the forecast period which is 2017 to 2022. This segment accounted for 37.8 % of the market’s share in 2017 owing to its use as an insecticide.

In recent times, there has been a tremendous rise in the global population. This has led to a rise in demand for crop production. However, the conventional agricultural methods are not enough to meet the growing demand; this has cropped the need for alternate methods of crop production. As a result, the demand for GMO seeds has increased, thus expediting the GMO crops and seeds market’s growth. In addition, extensive use of GMO seeds and crops as insect repellants have contributed to the GMO crops and seeds market’s progression.

Moreover, the recent technological developments in the realm of biotechnology have led to an expansion in the agricultural sector. This has acted as a major propellant in the growth of global GMO crops and seeds market. Further, the gene modification processes used in the development of GMO seeds is comparatively easier than the conventional process. Additionally, the use of these seeds significantly magnifies the crop yield, thereby fuelling the market’s expansion.

Rapid urbanization and industrialization have led to a decrease in the arable land. This has highly driven the need for crops and seeds that have high resilience to herbicides and vermin. This has led to an increase in demand for GMO crops and seeds, thereby creating new avenues for the global GMO crops and seeds market. Moreover, rising incidence of droughts has presented new growth prospects for the market. 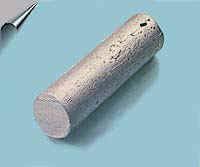