The global adhesives & sealants market was valued at US$ 58,153.1 Mn in 2017 and is anticipated to expand at a CAGR of 5.1% from 2018 to 2026, according to a new report titled ‘Adhesives & Sealants Market: Global Industry Analysis, Size, Share, Growth, Trends, and Forecast, 2018–2026,’ published by Transparency Market Research (TMR). The global adhesives & sealants market is driven by the rise in building and construction activities across the globe.

Volatile organic compound (VOC) emissions during the use of adhesives pose a threat to the environment. Several countries have set guidelines restricting the amount of VOCs emitted during the usage of adhesives, especially for solvent-based adhesives, in industries. Manufacturing operations are bound by rules and regulations regarding evaluation, registration, storage, usage, handling, and transportation of certain substances and their emissions, effluents, and other wastes. Violation of these regulations is expected to lead to legal compromise future business activities of the company.

These environmental regulations restrain the demand for solvent-based adhesives in packaging and printing industries, as heavy penalties and losses can be incurred due to violation of these government regulations. Therefore, most market players are shifting from solvent-based adhesives to water-based adhesives. Rapid industrialization and urbanization has increased air pollution, which has affected the health of people across the globe. Several developing and developed countries such as the U.S., India, and China are facing pressure from domestic and international regulatory bodies to formulate regulations to control VOC emission and reduce pollution.

The acrylic segment of the sealants market is anticipated to expand at a rapid pace during the forecast period. Favorable physical properties such as good peel, impact, and tensile lap shear strengths are driving the demand for acrylic sealants. Excellent adhesion properties exhibited on substrates such as steel and aluminum are expected to boost their demand in automotive, consumer, and construction industries.

In terms of technology, the adhesives market has been classified into water-based, solvent-based, hot melt, and reactive and others, which includes powder-based and oil-based. The water-based segment of the adhesives market is estimated to expand at a rapid pace during the forecast period due to their eco-friendly nature. Water-borne adhesives meet the standards imposed by the U.S. and European Union regarding VOC emissions. In addition to low toxicity, their high water content makes water-based adhesives less flammable and reduces hazardous waste.

Based on application, the adhesives market has been divided into paper & packaging, building & construction, woodworking, automotive & transportation, consumer/DYI, leather & footwear, and others such as electronics and marine. The sealants market has been split into building & construction, automotive & transportation, consumer, others, which include industrial, woodworking, packaging, and electronics.

The global automotive industry is replacing welding of engine parts assembly with adhesives and sealants to reduce the weight of the vehicle. Reduction in vehicle weight increases fuel efficiency. Automobile manufacturers are using adhesives and sealants to bond and seal vehicles’ interiors, exteriors, under-the-hood, under-chassis, and other related parts. Most major manufacturers of automobiles across the world use adhesives based on epoxy resins, as they provide strong and durable bond of dissimilar materials.

Demand for adhesives & sealants in North America is driven by the presence of a large number of end-use industries and rising construction spending in the U.S. Moreover, easy availability of raw materials in the form of shale gas and numerous strategic initiatives adopted by companies such as 3M, BASF, and Avery Denison is expected to fuel demand during the forecast period. 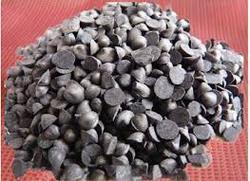 How can Floating Wind Farms make the Future of Green Electricity?