The global fuel oil treatment and conditioning market is driven by the compelling need for eliminating contaminants from fuels in diesel engines in power plants, as these contaminants may have fatal consequences. The heavy fuel oils used by diesel engines are usually mixed with the left over oils from refining process, which contain concentrated proportion of cat fines. This in turn makes the product absorb other contaminants from the transport and storage chain, and if combusted in a diesel engine without being treated, could severely damage injection nozzles, fuel pumps, pistons, and cylinder liners. Thus, the need for fuel oil treatment and conditioning is increasingly being felt and will boost the growth of this market.

Heavy marine ships make use of diesel engines to burn marine fuel oil (MFO) and heavy fuel oil (HFO) as these fuels are inexpensive. When these ships burn MFO and HFO, they have to deal with issue such as cold corrosion damage to metal surfaces, smoke emissions, and sludge buildup in their fuel delivery systems. Operators and owners of ships are thus, looking for solutions that prevent this. This is expected to create a favorable demand for fuel oil treatment and conditioning market.

Companies such as Accepta have developed a product called Accepta 3552, which is designed specifically as a marine diesel additive that acts as a conditioner and stabilizer, and controls bacteria. The product helps prevent organic sludge formation and filter blockage, and facilitates the blending of high and low grade fuels. Such developments by key players is expected to boost the progress of the global fuel oil treatment and conditioning market.

Fuel oil is a distillate or residue obtained from petroleum refining or distillation. Fuel oil is also known as heavy oil, furnace oil, or marine oil. Primarily, it is any liquid fuel that is combusted or burned in a furnace or boiler for heat generation, or used in an engine for power generation. It is of prime importance that these fuel oils must have a definite viscosity, specific gravity, calorific value, and flash point to obtain better operational efficiency. The fuel oils, whether light, medium, heavy or mixed, are leftover from the refining process. Thus, fuel oils generally contain high proportion of the components know as cat fines. These cat fines can increase the wear and tear of an engine. The cat fines further can also absorb contaminants from the transport and storage chain. Such fuel oils when combusted in a diesel engine without any prior treatment can result in severe wear on injection nozzles, fuel pumps, cylinder liners, and pistons. Untreated fuel oil in power generation plants can cause substantial damage to the turbines.

The solid contaminants or impurities in the fuel are refinery catalysts, rust, sand, and dust, while the liquid impurity is mainly water. It is necessary to remove these impurities to obtain high efficiency and maintain the integrity of the operation. Fuel oil is treated and conditioned by the usage of a system of filters and separators to meet cleanliness, pressure, temperature, viscosity, and flow rate specified by engine manufacturers. Key applications for the market are in the power generation industry, marine transportation industry, and industrial processes where heating process is required.

A major driver for the market is the emissions legislation or emission standards setup by most counties around the world. The concerns for carbon emission have significantly increased recently. The fuel oil, employed primarily for power generation in power plants and in ships for marine transportation, if not treated and conditioned beforehand not only reduces the efficiency, but also emits more carbon due to incomplete combustion, causing harm to the environment. Increased demand for energy has led to the rise in usage of fuel oil in power plants across the world. Furthermore, the industrial heating applications consume significant amount of fuel oils. These factors are likely to drive the market in the near future. However, a major restraint for the market is the usage of synthetic oils and their cost-effectiveness for fuel treatment & conditioning.

Demand for fuel oil treatment & conditioning market would be high in the North America, Asia Pacific and Middle East & Africa, since shipping trades are highly significant in this region of the world. In Asia Pacific region countries like India, China are witnessing growth of chemical, mechanical & power industry. These industries will require fuel oil for different purposes thus it imposes opportunity for fuel oil treatment and conditioning market. Countries in Europe, such as the U.K., Germany, and France are known for their stringent emission standards, which in turn is likely to present opportunities for the fuel treatment & conditioning market. 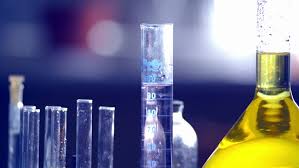 Biofungicides Market Predicted to Surpass US$ 730 Mn By 2027