The most common applications are in making fluorides, notably uranium hexafluoride, sulfur hexafluoride, and halogen fluorides and its vast applications in the nuclear industry. Since World War II, a burgeoning nuclear power production in various parts of the globe has had a considerable influence in the surge in the use of elemental fluorine.

Substantial technological advances in the production process in recent decades have led to a wider availability of the pure gas, thereby boosting its applications in various end-use industries. The report offers a detailed and in-depth insight into the key growth drivers and restraints, notable trends, recent technological advances, promising avenues, and the competitive landscape. The study evaluates key factors driving the prominent segments and the emerging application prospects expected to impact the grow trajectory in the next five years.

The elemental fluorine market is driven primarily by a variety of uses in applications such as metallurgy, electronics and semiconductor, glass and ceramics manufacturing, and polymer manufacturing and processing. One of the most popular uses has been in the application of the element in the production of uranium hexafluoride, the compound that is used in the production of fuel for nuclear reactors and nuclear weapons through the uranium enrichment process. The widespread application of elemental fluorine for manufacturing of polytetrafluorethylene (PTFE) and polyvinylidene fluoride (PVDF) is a notable factor boosting the market. The growing use of fluorinated organic compounds such as in solvents and electrolytes in pesticides, lubricants, and battery is accentuating the growth of the market. The notable application of elemental fluorine in microelectromechanical systems and in several organic syntheses reactions, notably as fluorinating reagents and nitrogen derivatives, is a significant factor catalyzing the growth of the market. Owing to its robust oxidizing property, it is widely employed in the removal of Siliconoxide and Siliconnitride in the semiconductor industry.

However, the substantial cost incurred in the storage and handling as well for transportation of the gas is a crucial factor hampering the growth of the market to an extent. Nevertheless, the growing number of systems for on-site fluorine gas production and the rising application of the element in advanced electronegative compounds are significant factors expected to open lucrative avenues for market players.

Regionally, Asia Pacific is an attractive market for elemental fluorine. The substantial demand and consumption comes from countries such as Japan, China, and South Korea. Furthermore, the rapid growth of a number of end-use industries and the swift pace of industrialization are factors accentuating the growth of this regional market.

Apart from that, the worldwide prominence of Mexico and parts of South Africa as being the regions holding the vast reserves for the element also posits these as attractive markets. Meanwhile, North America and Europe hold significant position in the global market, with the former expected to account for a steady demand over the assessment period. Furthermore, Latin America and the Middle East and Africa are also projected to rise at an attractive pace in the coming years. 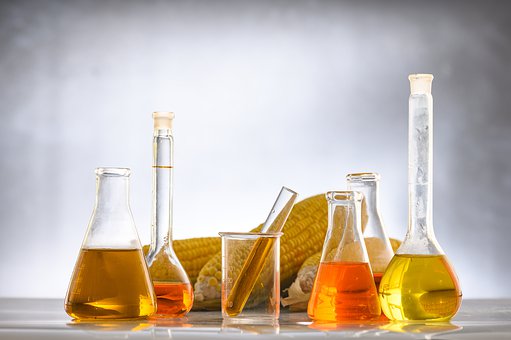 Developing Construction Industry and Its Impact on Global Ferroalloys Market