A large clinical trial finds, medication that drops blood pressure works equally well either taken in the morning or the evening.

This overrules previous research that suggested medication to lower blood pressure is more effective if taken in the evening.

In the U.K., blood pressure lowering medications are most widely prescribed, with seven to nine million people using them to mitigate the risk of developing circulatory and heart diseases.

A new randomized controlled trial of above 21,000 patients with high blood pressure found that, blood pressure drugs taken in the morning or evening does not affect protection against stroke, circulatory diseases, and heart attack.

The individuals on trials were followed for five years, and there was no difference in the 362 individuals in the morning group and 390 in the evening group, for incidence of heart attack, stroke, or circulatory diseases.

The study is published in The Lancet.

“From the study, it is inferred that there is no optimal time to take blood pressure medication for improved outcome, so patients should take it at a time that suits them best,” state the author of the study. 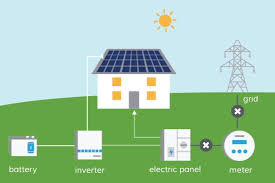