Bleaching Chemicals refer to those chemicals that are primarily used in chemical action associated with removing color from the base material on which they are applied or used. They are primarily the oxidizing agents used to remove the colored properties of the substrate and make them bright and colorless. Bleaching chemicals find application largely in paper and pulp industry, textile industry, household cleaning, water treatment and to certain extent even in cosmetics. The wide array of applications makes bleaching chemicals extremely important for several end-user industries. The current market for bleaching chemicals is dominated by developed regions such as North America and Europe. Asia Pacific region is expected to be the fastest growing market in next few years owing to surge in industrial growth.

Some of the key players operating in the bleaching chemicals market are companies such as Akzo Nobel Eka, Kemira Oyj, Aditya Birla Chemicals, Hercules and Hercules Corporation among others. 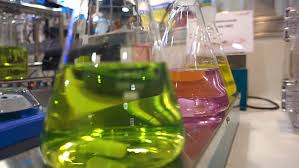