Asana, a work management platform, recently announced the launch of a new feature. This new feature will try to automate some of the most repetitive and mundane tasks on the platform. The new feature is being called Asana Automation. The new feature will allow users to create their own rules. It will also feature a new service of voice transcription, an OCR tool, and new smart templates.

The product head of Asana says that earlier the company had launched a new feature called Workload. It allows teams to be more agile while managing, monitoring, and planning their work efforts. Now with the Automation feature, the company is trying to introduce the ability to automate the regular and routine tasks. The objective behind this is to bring out more productivity by reducing the time spent on mundane and repetitive tasks.
What are the New Features?

The new rule builder has over 70 preset and pre-build rules. However, it also allows users to create their own set of rules as well. Asana users can use this service to route the routine tasks automatically to a certain member. Again the objective behind this new feature is to automate several processes that take up much of the day’s work.
Services such as voice transcription and OCR are now available on the Asana’s iOS app. These services make it quite easy to record and transcript the minutes of the meeting or to capture what is on a whiteboard. Users can then assign the task as per the discussions in the meeting.

Another innovative feature of smart project templates is also helping to remove the redundancy in the day to day work. With the new update, the users can instantly layer the complete work-back schedule while working on a launch or an event. If and when a conflict arises with the deadline, the software will automatically correct the dates. This will help teams to spend more time concentrating on work rather than on setting up workflows. 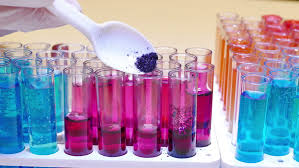