With more emphasis put on vehicular safety, anti-collision sensors are expected to be manufactured in higher numbers by companies around the world, observes TMR in a recent report. With regards to the competitive landscape, companies manufacturing and selling anti-collision sensors are anticipated to continue their dominance from a global perspective. Most of the leading vendors have a lot of experience in this sector, which is expected to be advantageous for their growth. Few competitors in this market are: Continental A.G. Corporation, ZF Friedrichshafen, Denso Corporation, and Robert Bosch GmbH, amongst others. These businesses mainly have a good reach in the global automotive industry.

Radar Sensors Hold the Highest Ground as a Leading Segment

The global anti-collision market is mainly divided into radar, ultrasonic, LiDAR, and camera segments. Of all these types, radar sensors are considered as the leading segment with large market shares. Forecasts for these sensors are great, indicating that this segment may continue hold its top spot. Radar sensors coupled with camera sensor modules are also expected to retain a good market share over the forecast period. Europe has the leading edge with respect to the market share, especially due to a large number of high-end vehicles being used in many European countries, from a regional perspective. Apart from Europe, the Asia-Pacific region is expected to showcase a significant rise in the anti-collision sensor market in the future.

With ever increasing vehicular numbers all over the world, the chances of vehicular collisions and accidents could surely increase. Apart from this, human error and other unpredictable circumstances are a few other causes that might cause more accidents to occur. As per the report published by TMR, this is a prime reason for expecting a dramatic rise in use of anti-collision sensors.

Accidents are quite common in developing economies, where factors like road planning and traffic rules are not exercised properly. In contrast, developed countries such as the United States have come out with a set of regulations that aim to impose strict safety rules for vehicles as well as their drivers. An example of such an initiative is the New Car Assessment Program, where a set of guidelines are provided to drivers, who need to strictly follow them. Such cases also can be considered as a reason wherein more car manufactures could start using anti-collision sensors.

Another prominent drive for this industry is the rate at which advancements and developments are occurring in sensor technology. This is not only causing a drop in sensors prices, but also leading businesses to manufacture sturdier sensors with state-of-the-art quality. In this way, car making companies are increasingly interested to install these sensors in their products, thus fueling the market.

Even if anti-collision sensors are experiencing constant development, they are still not commercially used as expected. The cost of these devices is still high, which further translates this factor to become an obstacle for the market growth. Due to the less non-commercial use, it is still difficult for small and medium scale car makers to incorporate the sensors in their vehicles. From an overall perspective, these reasons are causing a significant loss to the global anti-collision sensor market in current times, even though the future looks promising. 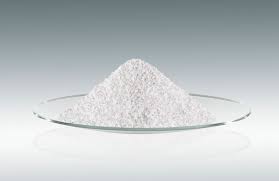